Serbia intends to further accelerate its justice sector reform process based on promising results achieved during the past years.  This process aims at strengthening the rule of law and improving the capacity, performance, efficiency, integrity, accountability and professionalism of its justice sector and justice sector officials.  The National Judicial Reform Strategy (NJRS) prepared in 2006 has provided a basis for moving forward on issues critical for EU integration and has been influential in directing judicial reform over the last three years.  The development and recent adoption of a new 2013-2018 NJRS has further strengthened this basis for reform.

To provide input to the design of the next phase of justice sector reform in Serbia and to inform the accession negotiations between Serbia and the European Union, the World Bank was requested by both sides to carry out a Judicial Functional Review. While this Review will draw from lessons learned during reviews in other countries and incorporate innovations, it will be tailored to the very specific needs of the Serbian context. 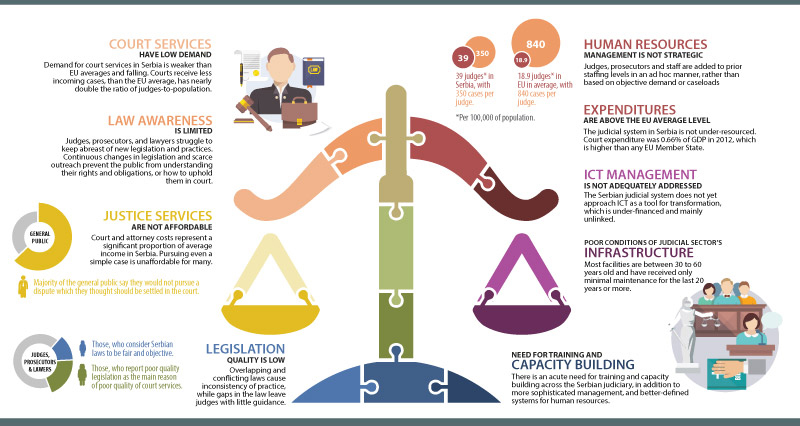